Try out the interactive version: This Anime Does Not Exist (link). 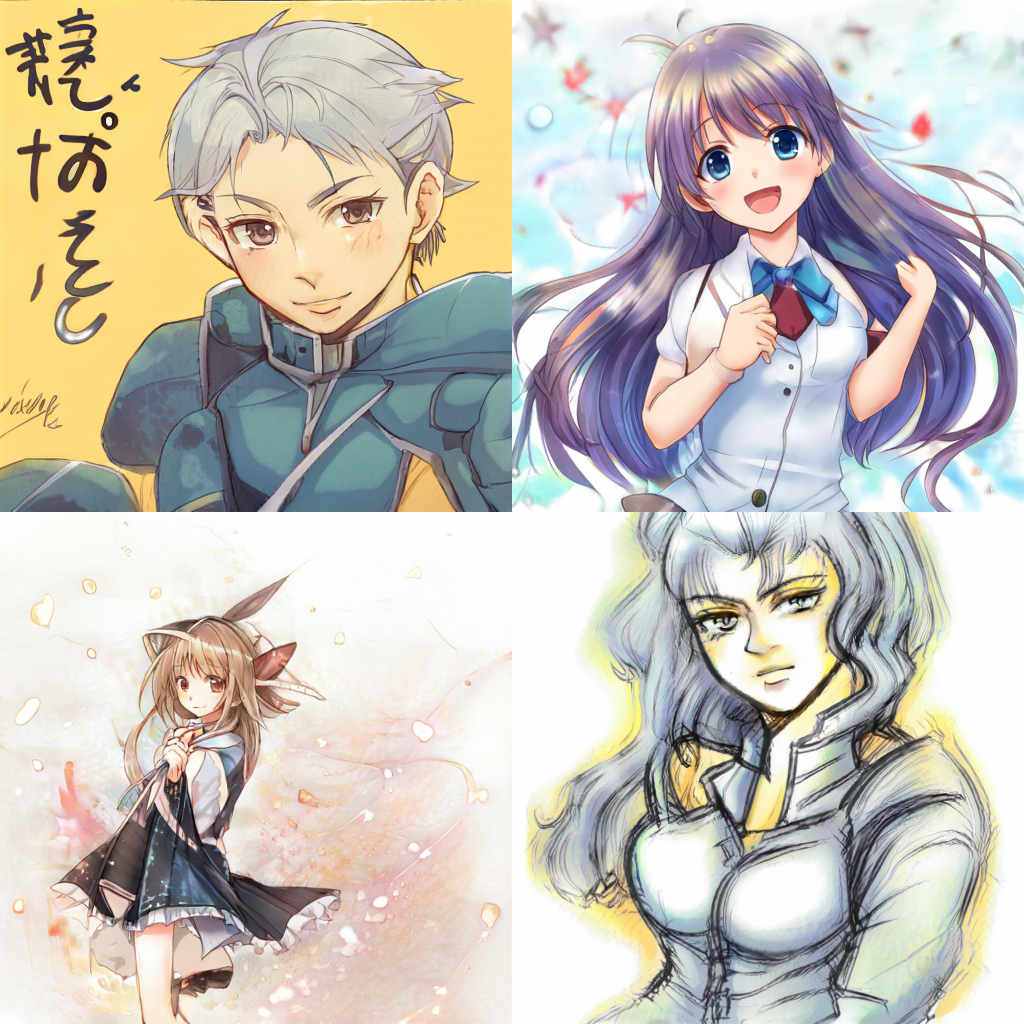 There’s quite a variety of drawing and material styles. Watercolors and ink washes are well represented.

The model seems particularly enamored of, and adept at, ornamentation. It has a real penchant for painting in floating flowers, stars, and hearts.

Some hands are fairly well rendered.

Many… aren’t quite there.

And a few very rare images aspire to contain no human forms at all.

And finally, a few more that stood out.